Believe It or Not, Howland Talks About Sensitivity…

Heavy rain, dreary day here in Texas but Digger Dog bravely charged out the back door, held two very quick ‘bidness’ meetings, had his morning chow and is now back in bed. What a guy!  Anyway today is perfect for an update from across the pond.  This from the Malamute Saloon and John Howland.

Of all a metal detector’s controls, proper understanding and dexterous handling of the ‘Sensitivity’ knob is crucial. This vital element to success is arguably the most widely misunderstood control of all. Trying to persuade a detectorist to ‘turn it down’ to usable levels, or, desensitizing the machine to make life easier, is harder than trying to nail jelly to the ceiling. It’s easier to get a treasure hunter into Heaven than to persuade one to turn it down or knock it back a few segments.

Here’s an analogy. If yours is an automobile sporting quartz-iodine or halogen type headlights, then you’ll know these state-of-the-art illuminators are absolutely piss poor on ‘main beam’ in heavy fog; reflecting a near-impenetrable wall of dazzling glare. However, drop the beam to ‘low’ and you’ll see further ahead. The same goes for lowering the ‘sensitivity’.

If you’re an experienced hand at the game, go and put the coffee pot on the stove and come back later while I try and convince the newbies.

Let’s take an actual machine – the Garrett ATPro. Mine is the International version. There are certain stretches of local coastline where old coins regularly put in an appearance but only when the Sensitivity control is knocked back three or four segments from ‘Max’. Such is the contamination and spurious electrical interference, that the ATPro starts chirping as soon as I take it out of my car’s trunk in the car-park!

First of all, ground balance the machine to the prevailing conditions then, if it’s still chirping away, lower the Sensitivity until the machine becomes stable. At this point you’re ready to go and the machine is correctly set up.

If your particular metal detector doesn’t sport a ground balancing facility, simply drop the Sensitivity if the detector ‘chirps’ or becomes ‘noisy’. Some time ago, I read a field test on the Garrett Ace 250; it was a serious contender for the Booker Prize for Fiction with the ‘advice’ not to use it anywhere near saltwater! The Field Test, so-called, said more about the reviewer’s shortcomings than those of the machine describing it as an entry level machine (read here, ‘not serious, for newbies only’). 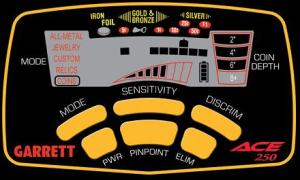 In fact, the Ace 250 is probably one the finest medium-priced metal detectors on the market and in the right hands, will outperform any of the most expensive machines in a novice’s hands. Some years ago, Whites brought out a 4000D as I recall, and those in the know, realised it was huge value for money in performance terms. Nowadays, this niche, medium priced market has a choice of machines and nearly all of them are excellent buys proving high price tags are no guarantee of success.

Recently I met up with a beachcomber armed with two Grand’s worth of metal detector.

“Yeah, brilliant,” he replied, “But this is a bad beach. Nearly unworkable. You won’t find much here. Lots of false signals.” We said our farewells and he headed off to an ‘easier’ beach.

Curiously, my finds pouch was stuffed with assorted spendable ‘shrapnel’.

Another one bites the dust 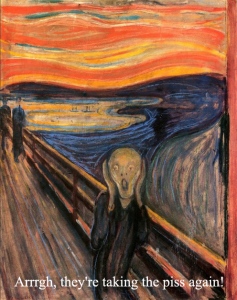 For some inexplicable reason the following story which has been in the national UK press for some weeks, has failed to make it to the pages of the smugger, holier-than-thou anti-detecting, anti-collecting blogs. Odd that, innit?

Under the headline, ‘Historian jailed for theft’ (page 17, Daily Telegraph 11 February) Alexander Bateman, 48, earned himself a two-year stay at one of Her Majesty’s hotels for stealing a ‘treasured document’ – an aircrew log-book – from the widow of airman, F/Sgt John Fraser, who was a bomb-aimer with the RAF’s 617 Squadron and who took part in the famous World War Two ‘Dambusters Raid. John Fraser died in Canada in 1962.

Shere Lowe, John Fraser’s daughter, flew in from Washington State to attend Bateman’s trial at Wood Green Crown Court and saw him sentenced. Bateman has steadfastly refused to reveal the whereabouts of the log-book which has yet come to light.

“It is in my view this offence is so serious as to call for a term of imprisonment […] It will, be plain to you that I consider this a despicable offence […] abusing the trust placed in you presenting yourself as a genuine historian by the widow of a war hero. You decided to keep the log-book, misleading the family when they sought for its return. It remains a mystery as to what you did with that log-book.”

More proof then, if proof were needed and regardless of the despots’ lies to the contrary, this particular criminal case shows yet again that detectorists and treasure hunters don’t have the monopoly of the heritage villainy.

Hate is the complement of fear and narcissists like being feared. It imbues them with an intoxicating sensation of omnipotence.  Sam Vaknin

I’ll see y’all in the bar

5 responses to “Believe It or Not, Howland Talks About Sensitivity…”