When I took down the original Stout Standards website I knew I had to share portions of it here simply to preserve it for posterity. The Treasure Expo photo page is one.

Paul Tainter’s Treasure Expos were legend in the 80’s and 90’s and attracted TH’ers from far and near. I asked Paul a few years back if he had any photos from these events and he offered up the following . If you are a newcomer to the treasure hunting pastime these photos may not mean much to you. For the rest of us…jeez I hate to say oldtimers….they should bring back a lot of great memories.

The photos are scanned and not all that crisp, but they still evoke a time when all was well and things were uncluttered within the treasure hunting pastime. Hopefully I have attributed the correct names to the correct faces, but if not please let me know and I will make the necessary changes.

If YOU happen to have photos from Treasure Expo please send then along via email or contact me (link above)…. 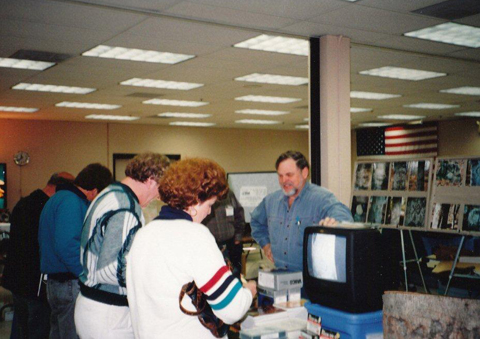 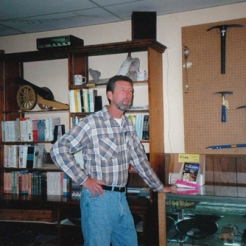 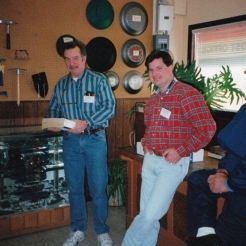 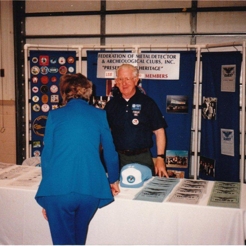 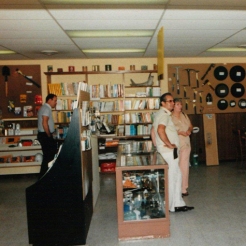 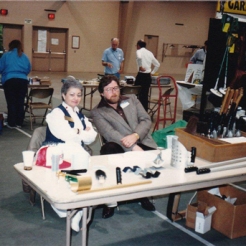 Some of the crowd… 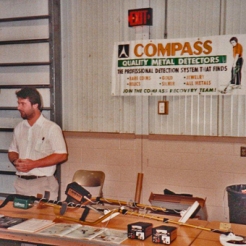 Richard Ray showing off his boot 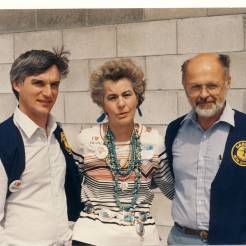 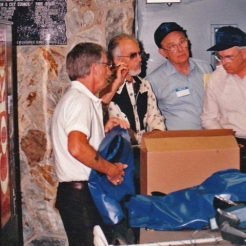 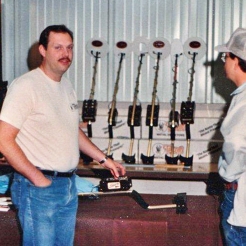 PAUL TAINTER’S STORY, AS TOLD BY PAUL HIMSELF

Time passed and in 1972 I opened The Spartan Shop in Fremont, Nebraska, and sold Garrett metal detectors and accessories. I was also instrumental in starting a treasure hunting club, The Nebraska Adventurers, and served as president as well as editor for the club newsletter, The Adventurer

During this time, Karl von Mueller moved from Nebraska to Segundo, Colorado and was active with Exanimo as a full time treasure/book store, and was publishing the National Prospector’s Gazette. We still kept in touch from those early days in Weeping Water. In the mid-seventies Karl decided to sell Exanimo. He approached my wife and I, and asked if we would be interested in purchasing the business. After several weeks discussion and many phone calls, we decided to go ahead with the purchase of Exanimoand moved it to Fremont, Nebraska.

With the business came the publishing of a catalog featuring metal detecting equipment and books. The catalog grew in size over the years, and helped establish a large retail mail order book business, one of the largest in the country at that time. The Exanimo Express newspaper was also resurrected, and starting with a four page flyer, it soon grew into a twelve page tabloid filled with treasure hunting articles not usually found in the regular treasure magazines. Exanimo was now housed in the ghost town of Ames, Nebraska, with a full-time, walk-in, treasure hunting store, a thriving mail order catalog business, a dredge manufacturing business and a publishing business.

During this time Karl decided that he would like to have us also publish the National Prospector’s Gazette for him. He would remain the editor, but we would take over all publishing duties. So now we were publishing two newspapers, a large book research catalog, and running our full time store, along with all the other associated duties.

In 1982 we initiated the Treasure Expo’s, and they continued for 15 years. They were unique in the fact that the early ones were information only seminars. No hunts were associated with the event. As this event grew, we had the Who’s Who of treasure hunting as featured speakers, and the information that they offered was priceless. Attendees came from all over the United States, Canada and Great Britain.

In the mid-eighties we changed the name of our business from Exanimo to Research Unlimited, which better described what we offered the treasure hunting fraternity, and Exanimo Express was changed to the Treasure Hunter’s Express, again giving readers a little better title to show what the publication offered. The NPG ceased publication.

In the mid-nineties, we sold Research Unlimited, ceased manufacturing the Spartan dredge, and the printing of the Treasure Hunter’s Express.

Now after some deep thought and consideration, we have decided to start publishing the Treasure Hunter’s Express again in the form of a newsletter. It will still be filled with the “off beat” information that makes it so unique and helpful to treasure hunters.