Our Toys – Past & Future Tense… 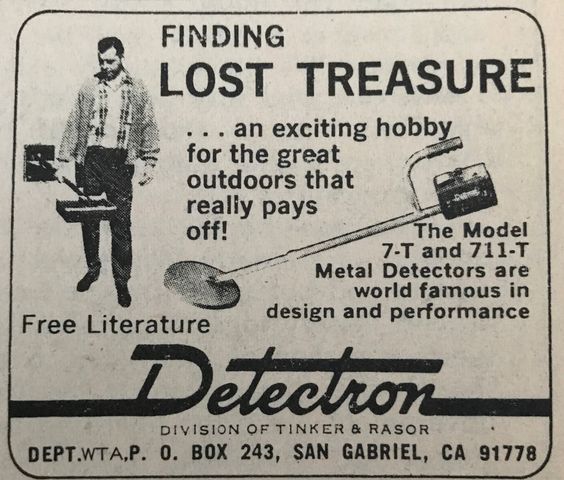 Seems every time I make mention of older, vintage detectors I can count on readers chiming in with their thoughts on their favorites and the last post, or repost, was no exception. It’s what detectorists do and the older they are the more they have to contribute. Sentimentality, a.k.a. nostalgia never gets old.

Every detectorist has his or her memories of what detector(s) worked best and many, yours truly included, even sought out and purchased old standbys for sentimental reasons. There’s also quite a few tekkies who think that just maybe these older machines can still hold their own when push comes to shove. I use to be in that group but recent technological advances and comparison testing changed my mind.

I can’t remember “all” the various detector models I used over the past 45 years but a few favorites immediately come to mind. First would have to be the Compass Judge 2. Next and in no particular order, the Whites 6000 series, the White’s Eagle, the Garrett Groundhog, the Fisher 1266, the MXT Pro and of late the Nokta Makro Simplex.  In between those models were many, many others, all of which got the job done (see “Is it the Detector or is it You?”).

But what comes next?

Reading J.T.’s most comment it occurred to me that just maybe we’re farming, or maybe relinquishing is a better word, the industry overseas (willingly or not). At least it seems that way. Stateside all we have are Garrett and First Texas and that just doesn’t sound right.

Back in the 70’s when we had a whole lot fewer participants we had Whites, Garrett, Fisher, Compass, Wilson-Neuman, Bounty Hunter, Tesoro, D-Tex, A&H,  Nautilus, Gardiner, Treasure Ray, Teknetics, C&G, Detectron and Jetco, just to name a few. Yes some of these companies were quite small but they were players and today no one seems interested in joining the fray. Is there not another Nautilus out there? Troy? Treasure Electronics? Where are all those tech savvy people who can, or at least think they can, do it better? Could it be that –

I emailed Carl Moreland, (Director of Engineering at First Texas) and he replied –

Nice to hear from you

There have been (relatively) recent start-ups. XP in France; Nokta & Makro in Turkey, now combined; Rutus in Poland. A common thread with these companies is they were started by people who both had a passion for metal detecting and knew electronics. Here in the US you have Tarsacci as the most recent example.

I think it was a much easier biz to get into in the 70s and even the 80s, designs were simpler and if nothing else you could just copy an established design. Now the technology barrier has gotten much higher. Multifrequency is becoming the norm, as is waterproof, light weight, wireless headphones and rechargeable batteries. It takes several man-years now to design a new platform so it takes a team of engineers, not someone solo. And a lot of money for tooling. You can’t slap a VLF circuit in a metal box with a 9V battery and expect to get anyone’s attention. Unless that circuit does something very special that no other circuit does.

Besides the technical challenges, there is also a huge financial hurdle in that starting a detector company is quite expensive and the ROI (return on investment) is very low, especially early on.

Dimitar Gargov (who owns Tarsacci) handles this by designing/building detectors on the side while having a regular full-time job. As you may know, he was a Fisher engineer who had ideas for new metal detector technology that FTP was not interested in. They let him go and he developed his ideas on his own, but in the comfort of a full-time non-competitive job. It’s tough to find other people like that:

EEs who know how to design detectors, have something innovative to catch people’s attention, but don’t already work for a competitor. Detector engineers (like myself) who work for detector companies cannot start a side gig selling their own designs unless they quit, and then there is likely a 2-year no-compete contract to abide by. These days it takes a special situation (like Gargov) to get started. Or heavy financial support.

Personally I have no problem at all with the overseas companies and in fact they seem to be driving the technology and the pastime. Without XP, Minelab and Nokta Makro things would be pretty dull. The question is how will Garrett and First Texas take up the challenge?

Trending at the moment

Me? I’m still waiting for that one knob detector with two audio responses – GOOD and BAD!