Feeling a little under the weather and since it’s throwback Thursday here’s a blog post from back in 2012. It has nothing to do with detecting so all you die-hard tekkies can move on. If however you’re a die-hard carnivore and live in my neck of the woods this place is still smokin’ (and drawing crowds)…..

I’m thinking a little brisket just might be what the doctor ordered!

As you all know by now I am a die hard Yankee, and miss the Northeast a great deal. Not a day goes by that I don’t think about my friends and family back there,  not to mention all the great detecting sites I had, many of them still available and a few known only to me. Having said that I will admit that Texas has one thing going  for it.  Barbeque (or BBQ if you care).

Back home BBQ was something like “Sloppy Joe’s”, ground beef with tomato sauce on a bun, although that was over twenty four years ago. I have since learned  that real BBQ means brisket, ribs and sausage. Add in cole slaw, beans or potato salad on the side, and you are in heaven. Slow smoking of the meat is the secret,  and I had a helluva lot of fun with my smoker when I first moved here, trying to match the flavors and tastes of those places I had visited. Never came close!

Yesterday, Fay asked if I wanted to try out a place called “Meshacks” in Garland, about six miles from home. We has passed it many times over the years, and it appeared  to be nothing more than a hole in the wall. A little building with a “walk up” window (no drive thru), and not a lot of room to park. Always noticed people waiting there, but  never gave it a second thought. After “Dallas” magazine rated it the best BBQ in Dallas we decided to give a try. 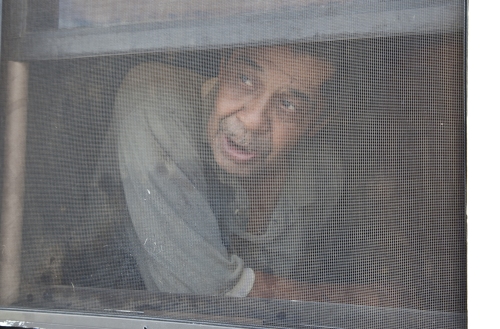 I am not an authority on BBQ but I can say that Meshacks was on the mark yesterday. We ordered a combo dinner (ribs, brisket, sausage, potato salad and beans) for  $13, and they added bread, and two containers of their BBQ sauce (regular and spicy). There are no sit down places at Meshacks so you either need to eat it in  your car, or take it home. We elected to do the latter.

Large pile of pecan waiting to be cut up….

All the way home the smokey smell of the meat was driving me nuts….just heaven! When we got home we realized the combo platter was more than enough for two  people, and we ate until we couldn’t move. The brisket was tender, and made a great sandwich when matched with the bread, and the ribs were “fall off the bones”  tender. The sides of beans and potato salad were also very good and complimented the three meats nicely.

The combo platter, a real deal at $13

What does this have to do with metal detecting? Not a damn thing, but it was the highlight of my day, and if you ever get to Texas be sure to have some “real”  barbecue (although I am sure Memphis and Kansas City will argue with that comment). It’s a treasure you don’t need a detector to find. When you smell pecan, hickory or mesquite in the air, just follow your nose.

When the good BBQ places run out of meat they close, so get there early….