TBT – When I Was a Treasure Hunter… 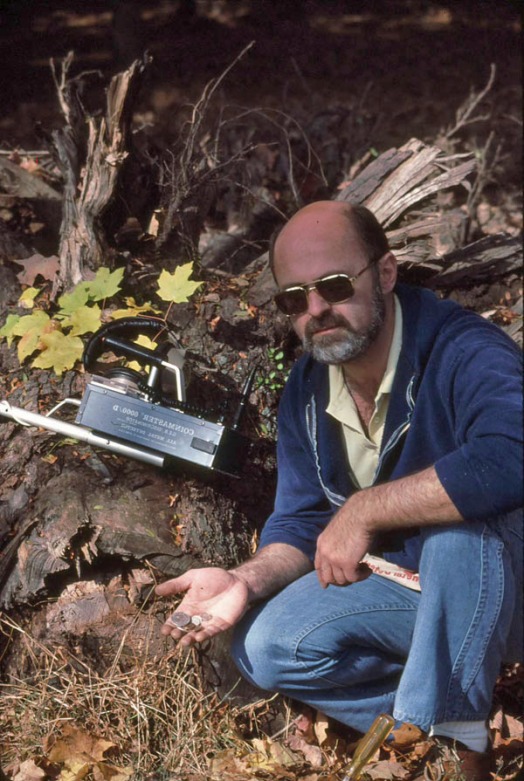 Not much to say or share this time around. Went back to New Jersey Labor day weekend to attend a wedding and to rekindle the Jersey attitude. I saw more country, more green and more beauty in three days than I’ve seen here in years. Sure miss the Garden State!

When I started detecting back in the 70’s I did a lot of reading.  I read books by Karl von Mueller, Charles Garrett, Roy Lagal, Roy Volker, Dick Richmond and Glenn Carson, among others.  I read Western & Eastern Treasures, Lost Treasure, Treasure Found, Treasure, Treasure World, World of Treasures, True Treasure and Old West magazines. When I read I was transported to places I’d never been and it didn’t matter that I was a newbie…in my  mind I was a treasure hunter.

Fast forward to today…. Many of the authors mentioned above have passed on, the number of treasure magazines available today has dwindled dramatically and the ability to dream, to keep those treasures alive, real or imaginary, seems to have also disappeared.

A fellow New Jerseyan Tony Conti (a.k.a. Big Tony from Bayonne) and I talk  about this and still share thoughts, theories and ideas on legendary treasures, especially those back home in the Northeast. Have I ever looked for legendary treasures?  Yes I have. Joe Attinello (who passed away in March of this year) and I spent some time looking for the cave where the Doan Gang  supposedly buried their loot in Bucks County, Pennsylvania and later we searched for John Ringo’s treasure, only seven miles from my house in Hunterdon County, New Jersey. Did we find them? No. Did they really exist? Hard to say. What I do know is that we had a helluva lot of fun researching and looking for them and who knows maybe someday someone will find one or both. How cool would that be?

In the mid-80’s I was privileged to meet Mel Fisher shortly after he discovered the Atocha. He was in Atlantic City the same weekend of our FMDAC event and Charles McKinney, Director of the Atlantic Alliance for Maritime Heritage, invited Fay and I to their event at another hotel nearby. When we entered the crowded room, there  in the middle was Mel Fisher with a huge gold chain around his neck and a bevy of young gals hanging all over him.

Charles introduced us, we shook hands and while he was “six sheets to the wind” he was still able to remove the chain and put it around Fay’s neck, whispering sweet nothings in her ear while doing it. Yup, here was Mel Fisher making a move on my wife and all I could do was just stand there staring in awe. After all here was a guy who had a dream, one that lasted sixteen years, cost millions of dollars, took the lives of his son and daughter-in-law and he never gave up!

Anyway, today is today, I am what I am, and life goes on. I can deal with it (well some days I can). At my age I know I will never get to look for the Lost Dutchman, Oak Island or Little Big Horn treasures, but I will remember the Doan gang, John Ringo and the night Mel Fisher was hitting on my wife…