Q & A with Rechey Davidson

I first met Rechey Davidson a little over 30 years ago when I moved to Texas. He belonged to a couple of local clubs and always had outstanding finds and displays. He was not just into metal detecting, he lived it.  Suffice to say nothing has changed after all this time. Thanks Rechey!

Q. Rechey if you don’t mind tell us a little about yourself, i.e., where do you live, are you married, what do you do for a living, where you do keep your valuables, etc

A. Dick. I’m now 73 and will be 74 in July. I live in Quinlan, Texas. I have been married for 51 years to Brenda. We have two children; five grandchildren and one great-grandchild. I worked for IRS for 32 years and have now been retired for 20 years plus. Two years ago I was diagnosed with cancer of the larynx and just recently given the all clear sign. I still have to have regular checkups though.

Brenda and I on a recent trip to the UK

Q. Does anyone else in your family detect?

A. Brenda is also interested in detecting especially after we went to England. She got so excited about all the great finds we made over there that she has been anxious to go back every chance we get. She has now been three times and ready for the number four. I have been eleven times myself. When they were young my children hunted a few times, mostly when we were on vacation.

A photo of Brenda’s SECOND relic find! A button and then a CSA Belt Plate! This was the basis for an article in W&ET for May, 2016.

Q. What was it that made you purchase or use that particular brand/model?

A. I bought the D-Tex because the manufacturer was in Garland near my relatives and I knew where they were. Garrett was also in the area but I was not sure where they were located then. I did find them later and eventually bought a Garrett American.

Q. What exactly was it that got you interested in the pastime?

A. I was a coin collector for many years and decided I wanted to find some old coins and not have to pay a high price for them.

Q. In the beginning where did you concentrate your time? What areas did you search?

A. I mostly hunted yards, school grounds, parks and swimming areas and when I could, Civil War and Indian War sites.

Years ago, me and my kids detecting an old fort site in Wyoming. The pile of rocks was the hospital.

Q. Rechey what was your very first signal/find? Do you remember?

A. It may not have been the very first find but I think it was an old nickel. At least that was what excited me enough to remember it.

Q. And what about your first “good” or decent find, as in keeper?

A. Can I change that to keepers with an “s”? We had a club hunt at an old annual picnic/fairground from the early 1920’s. I found an 1873 Indian Head Cent, 1904-S Barber Quarter and 1901 Barber Dime, plus several wheat pennies on that first day. Of course, we went back several times and I also found an 1918-D Standing Liberty Quarter in XF condition! I definitely remember those!

Q. Curious how long it took you to find your first silver coin and what was it?

A. I don’t actually recall what the first one was, but I think it was a Mercury dime.

Q. Okay, more of the same…how long did it take you to find your first ring and what type of ring was it?

A. Here again I don’t recall the first, but my first ‘gold’ ring was found in the swimming area of a lake and it was a senior class ring from Kansas.

Q. Did you spend a lot of time researching in the beginning and if so how did you go about it?

A. I did a fair amount of research I guess. Mostly I went to the local library and looked through books, magazines, etc.. I also subscribed to the different treasure magazines for info and then just talked to people, asking about possible sites, yards to hunt and so on. I also joined a couple of local treasure clubs for information through them.

A few finds from a 7th Cavalry site…

Q. Tell me about those clubs and do you belong to one now?

A. I belonged to the D-Tex club starting in 1967 and it later became Golden Triangle which I belonged to for years, even being President and Treasurer for awhile. I’m now a member of the Lone Star Treasure Hunters and have been since 1995.

Q. What would you consider to be your ‘very best find’ after all this time, and if it’s hard to choose just one tell us about more than one?

A. It’s hard to choose, I have several favorites. I guess the ones I brag about the most are General Custer’s cuff button found at a seventh cavalry camp site we located years ago  and which got an honorable mention in W&ET’s 10 Best Finds along with an article about the find. I also won a 10 Best Finds spot for a treasure trove of rare Republic of Texas military buttons. A friend and I found a total of 64 rare Infantry and Dragoon buttons in one spot. They hit a list value of up to $1800 to $2000 each for the best shape ones. Other than that, my favorite finds would be a rare Roman Denarius dated from 79 B.C. And a Celtic Unit from 46 B.C. found in England. And I found what appears to be a rare silver toy hunting horn from the 1200’s at a manor house. Just all kinds of things!

B&W photo of the Republic of Texas button hoard…. 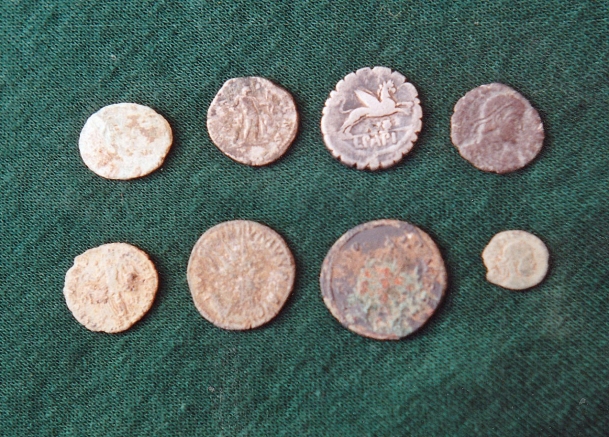 Buttons that could have actually belonged to Custer himself. Cuff button is Staff officer’s and “apparently” (based on the research at the time) only 3 staff officers were here. Large officer’s button was type worn on Custer’s famous buckskin jacket and only 12 of this type officers were present here.

Q. Okay what is your “weirdest find” to date?

A. I have always heard how there were some really young kids fighting in the Civil War even if it was just as drummer boys. It appears to have really been true they were very young. In the woods at a Civil War battle site I found a pacifier!

Q. And your “oldest” find to date?

Q. What detector are you using at the moment and why?

A. I use the Troy’s Shadow X-2 and X-5 and Garrett’s AT Pro. I use the AT Pro around parks and school grounds because of the ring tone for coins and to cut down on digging trash at those places. I use the Shadows in the woods and at club hunts.

Q. Can you offer a few tips or settings?

A. Honestly I just set the discrimination based on where I am and what I’m looking for. No real “normal” settings.

Q. When you do go detecting what accessories do you use?

A. Just a short handle digger and sometimes I use a Pin-pointer with the Garrett AT Pro.

A few more of my relic finds 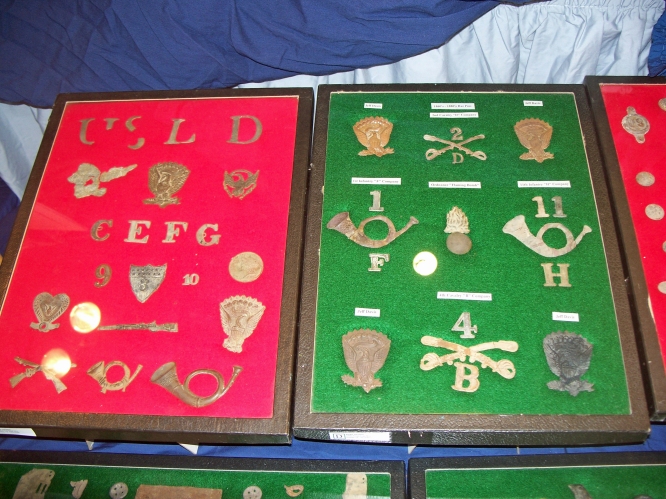 A. Other than any artifact I haven’t found yet, it would have to be a good Roman gold coin and/or hoard.

A. I don’t know of any thing special other than being light-weight so I can hunt a long time without getting tired.

Q. Have you detected overseas at all?

A. I have hunted in the Bahamas one time and England eleven times, so far!

Hammered silver pennies from England. Full sized coin with crown in the middle is an extra rare hammered silver worth approximately $800. Edward III, 1327 – 1335

Q. I’ve heard you have also authored a couple of books. Please share…

A. I have written some 17 treasure hunting stories and Field Tests, by request, for W&ET, Tesoro Magazine and Lost Treasure. I also have written over 50 club newsletter articles about coins and relics. I wrote a book about Elvis before he died, so I have been interested in writing for years. Recently, I completed a sequel to my first book and a collection of Western short stories. I also have two more books in the works. 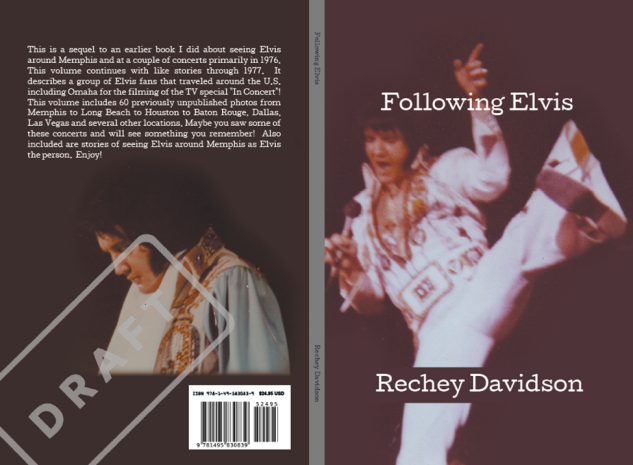 Q. Finally Rechey if you could pass along one or two words of advice to other detectorists, what would they be?

A. Don’t give up. Just keep trying and don’t be afraid to keep going back to the same spot. Some of my best finds have been made at a site that was hunted numerous times with little or no results. My Republic of Texas finds were made at a site where we had hunted for years off and on until we hit the hot spot and found most of those 64 buttons in a small area of about 40 square feet!

12 responses to “Q & A with Rechey Davidson”