Thanks to John Howland for the following, who had to remind us that our “some” of our coinage came courtesy of the Brits.

I will remind him however that here in the colonies we at least have cold beer!

…Is not only one of the greatest archaeological discoveries ever made in Britain, but it was discovered by a detectorist which adds a delightful piquancy to the find. It was found on farmland in May 2010 near the Cumbrian village from which it takes its name and is now returning home to Cumbria to go on public display at Carlisle’s Tullie House Museum as part of the Hadrian’s Cavalry Exhibition. (www.hadrianscavalry.co.uk)

Dating from between the mid 1st Century and 2nd Century and only one of three of its kind found in Britain, the helmet is experts believe, to have been used in Roman ceremonial spectacles known as Hippika Gymnasia (Horse Exercises) by Roman cavalry units displaying their skill and battlefield prowess.

The mask features a youthful face, which again experts believe, is a representation of Paris, the youngest Troy prince. An anonymous collector paid a staggering £2.3-million ($2,944,000.00) when it came up for auction at Christies, the world-renowned London auctioneers. 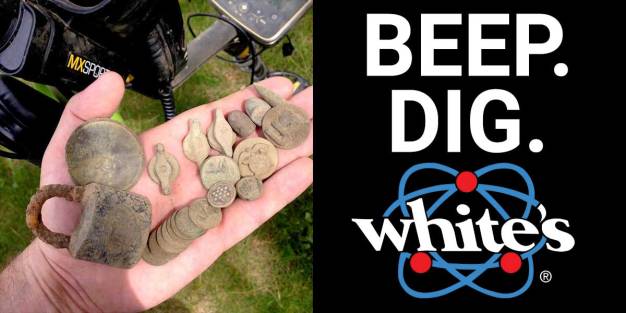 Prior to the American War of Independence many European coin types circulated throughout the American colonies and prime amongst these was the Spanish silver dollar – the 8-Reale piece also famously known as the ‘Piece of Eight’ and remained legal tender until 1857. The Morgan Dollar, arguably the most famous of U.S. Silver Dollar coins, indeed in the world, owes its renown to an Englishman.

George Thomas Morgan was born near Birmingham in England’s Midlands Region, in 1845. Though little is known about his early life in England we know that he studied at the Birmingham (England) Art School before winning a scholarship to the South Kensington Art School in London. On leaving art school George set up in business as an engraver and the exquisite quality of his work soon saw him working as an engraver at the Royal Mint. 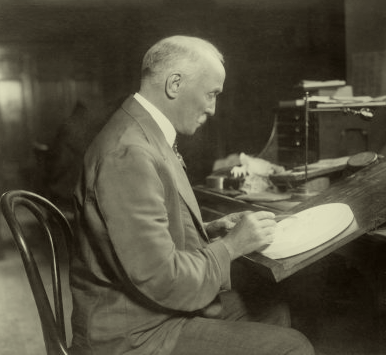 In the summer of 1876, fate guided George’s destiny when the Royal Mint received a letter from the U.S. Mint’s Director, Henry Richard Linderman, inviting a recommendation for a suitable engraver to become the Assistant Engraver at the United States Mint in Pennsylvania. Following an endorsement from the Royal Mint’s, Charles Fremantle, and a subsequent examination of samples of Morgan’s work, George was offered the post, at a salary of $8 a day. He accepted.

On his arrival at the U.S. Mint, George was warmly welcomed and set to work designing both the Silver Dollar, and Half Dollar. However, not everyone was so enthusiastic about his appointment, especially the Chief Engraver, William Barber and his son Charles, who both saw Morgan as powerful competition for the post of Chief Engraver, which on William Barber’s retirement would become vacant; whereas the Barbers assumed it would or should be passed down to Charles the son – an English tradition they were keen to preserve.

Morgan’s famous 1877 design featuring ‘Lady Liberty’ was based on local school teacher Anna Williams, who George described as having a “… perfect Grecian profile.” The following year because of the passing of Bland-Allison Act, the Half-Dollar pattern increased to Silver Dollar size, and it was this design that became the one used for the Silver Dollars authorized by the Act and the Morgan Silver Dollar was born.

The Numismatist, February 1925, carried his obituary:

“George T. Morgan, chief engraver for the Philadelphia Mint, died suddenly on January 4 at his home, 6230 McCallum Street, Germantown. He was 79 years old. […] Mr. Morgan had made the models for and engraved medals commemorating the administration of every president since Rutherford B. Hayes. […] His work made him personally known to all the presidents of recent times. His employment by the United States government in the Philadelphia Mint covered a period of 48 years. The famous Bland silver dollar was one of his coin engravings. His initials appeared on a large proportion of all the coins issued in the last quarter of a century or more by the Mint. Born in Birmingham, England, in 1845, he studied at art schools in that country, and came to Philadelphia to enter the Engraving Department of the Mint. […] He was a man of striking physique and his years sat lightly on him. He was a life member of the Philadelphia Academy of the Fine Arts and a member of the Sketch Club. […] He is survived by his widow and three children-Miss Phyllis Morgan, Leonard P. Morgan, who is an electrolytic chemist in the United States Assay Office at New York, and Mrs. C.M. Graham.”

Karen M. Lee, is the curator of the National Numismatic Collection housed at the National Museum of American History.

All that glitters ain’t gold and all that don’t, ain’t either!

I’ll see y’all in the bar

3 responses to “History from Mr. Howland…”