On the Home Front…

It has been eight months since we lost our home, and we are finally getting back to some semblance of normal, especially with our living situation. We are actually making all the right and left turns, and winding up in the rooms we were headed to. Imagine that? On the flip side both Fay and I have found ourselves driving back to the old Willowbrook address only to discover our error and an empty lot.

The new house has taken some getting used to in that it’s smaller, only one level and the neighborhood is a little different. We are on a more traveled thru street, and we often hear cars whizzing by at high speeds, whereas the old Willowbrook house was located on a cul-de-sac in a quiet neighborhood.  Then again we have absolutely no reason to complain. We (and our dogs) lived through an F4 tornado and a lot of folks don’t.

As we’ve settled in we have started to go through boxes of “stuff” salvaged by our family, friends and neighbors. Boxes filled with this and that, good and bad, and with lots of glass shards and attic insulation mixed in. I just recently found a couple boxes marked “Upstairs Office”, and it piqued my interest in that both of our offices were ripped off the second story and scattered to the east. Inside the boxes?  Coins, photos, miscellaneous trivia and mementos. Sorting through them has been difficult in some ways. I find myself laughing at this or that, then almost crying over something sentimental that somehow managed to survive.  Lots of emotions, and we still keep hoping that certain items will turn up. 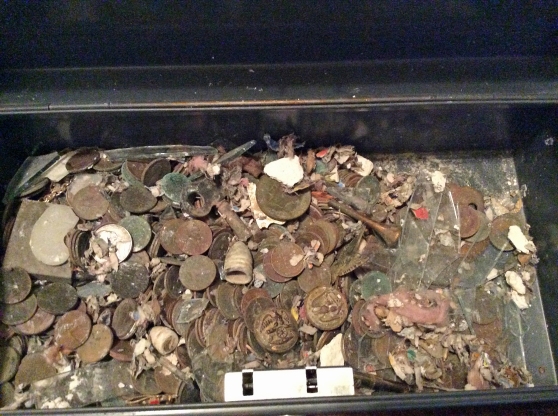 A shovel was used to scoop up much of what was left…..

I was digging through one box of mostly debris and I found a “Chicago Ron” pin.  Ron sent it quite a while back, and I cherished it, wore it to work every day, to bed every night, cleaned it four times a day, kissed it, prayed to it, and Ron if you are reading this I really, really love GOLD.  ANYTHING GOLD!!

I am now designing a “Dallas Dick” pin and plan to sell it to MY fans.  The problem I have however is the pin companies have a minimum order of 10, and I’m worried about getting stuck with a few….

Also recovered – my Dad’s wristwatch, one of his tools and my Army dog tags.  Stories and lots of memories attached…. 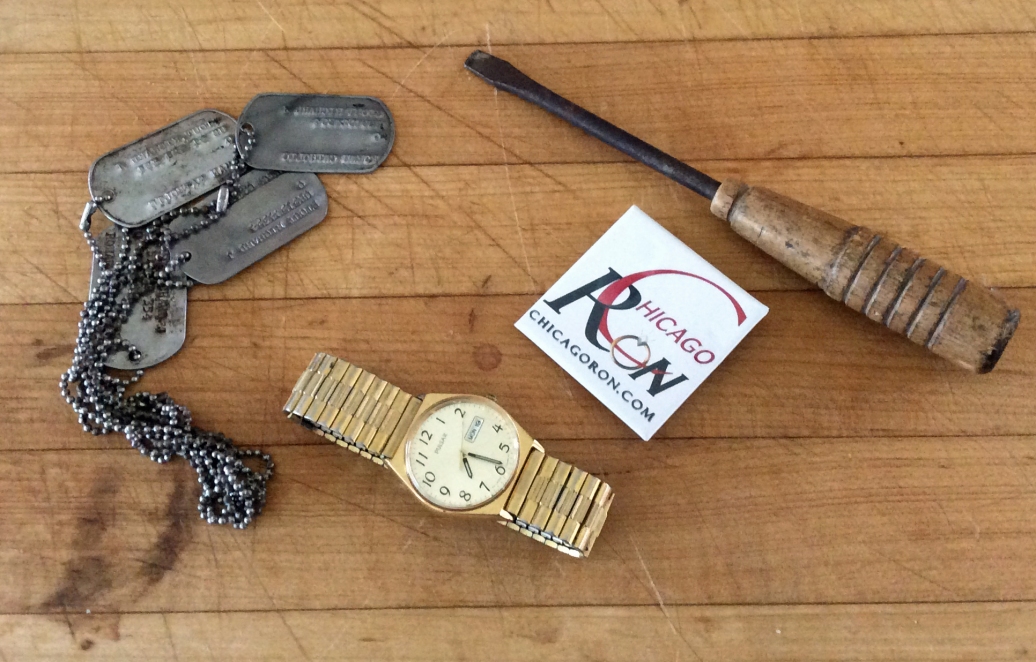 HOW TO BREAK A GUY’S HEART!

When Fay and I moved to Texas 28 years ago we bemoaned the fact that we were not able to find Breyer’s ice cream (it is available here now), our long time favorite back in New Jersey. The popular local brand was Blue Bell, and while it took us a while we eventually fell in love with it too.

Every month Blue Bell sends out emails to its customers announcing new flavors and specials.  Often times the flavors will be unique or something totally off the wall.  Well this month Blue Bell broke my heart and pissed me off at the same time. 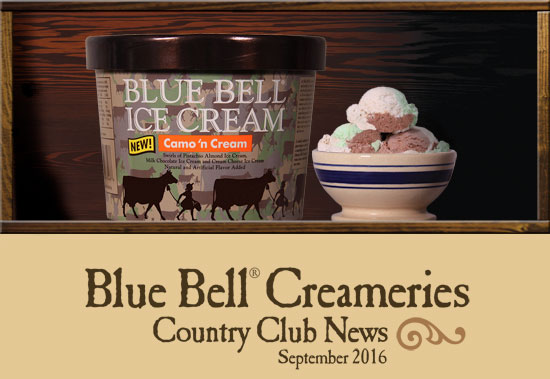 Thanks to Steve and Tony I found two of the old magazines I was searching for. Now just two more to go and again I’m hoping someone out there has a copy they are willing to part with. I am not looking for anything free and quite willing to pay the going rate. Both are Western & Eastern magazines.

Thanks to you all the man cave is coming along nicely…

IF THE BLOG LOOKS DIFFERENT….

It’s because “suddenly” the fonts have changed. WordPress is working on the problem and hopefully the type will be back to normal soon.