Practicalities & Fieldcraft in the U.K. 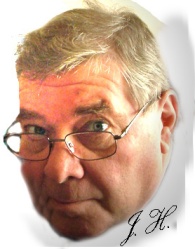 Archaeology is the study of human activity through the recovery and analysis of artifacts, architecture, and cultural(?) landscapes. The method one chooses to examine any of the aforementioned facets can be either orthodox, or unorthodox, and for hundreds of thousands of people across the globe, the latter equates to the leisure pursuit of metal detecting. There will always be archaeology in its orthodox form and likewise there will always be metal detecting – but whether they will ever rub along together in harmony is a moot point; so much of what follows will undoubtedly send some of archaeology’s old war-horses apoplectic.

Unquestionably, a handful of archaeology’s Luddite intransigents want full control over, or a complete ban of the pastime and fiercely resist any method of searching for the Past unless it conforms to their outdated attitudes. Mercifully this absurd Luddism is inexorably though slowly giving way to free-thinking and refreshing outlooks and mutual respect; the rays of dawn’s early light are slowly becoming evident on both sides. The American archaeologist, Lisa Macintyre, is a glowing example.

Many hobby practitioners are specialists in particular aspects of history whose knowledge is often sought, not so much by the Luddite wing of sniffier archaeological clique, but by film producers, writers, authors and the like, wanting accuracy in such things as period dress particularly with shoe buckles, old military cap badges and buttons. The hobby has also produced many informed and respected writers on all aspects of history and their books and works proliferate. Unsurprisingly, fewer people are regularly involved in orthodox archaeology than in metal detecting, which has its own methodology, ideology, and terminology. It empowers the ordinary man to seek and search out his own Past, in the way of his choosing. This new breed of heritage enthusiast asks pertinent questions of orthodoxy often putting it embarrassingly, under the spotlight. There’s an old adage that reckons, ‘BS baffles brains,’ but not so with these guys; they are educated in the ways of archaeology and want answers; and the Luddites (with apparently something to hide) don’t like it one bit…no Siree!

In the UK the metal detecting pursuit has over the past three decades become firmly established. During this time and owing to the huge and valuable contribution its practitioners have made to the common heritage, has led to the formation of the UK’s Portable Antiquities Scheme (PAS) backed by government funds and run under the auspices of the British Museum in London. The PAS has a million-plus detector-found artifacts on its database becoming the model template for the rest of the world and I’m given to understand – at the time of writing – that some countries previously ‘anti’ are now looking at what the PAS has achieved and the benefits derived from this kind of modern heritage thinking and public involvement.

It’s important to mention that once an artifact is properly recorded there is absolutely nothing wrong whatsoever in selling it on to a collector, or putting it up for auction, or indeed starting one’s own collection. When a landowner baulks at finds-data being handed to ‘officialdom’ (apart from the legal requirements of the Treasure Act) then keep your own records.

Imagine for the moment you’ve been given access to acres of land, a ranch even: You’ve countersigned the mutually agreed profit-sharing Landowner/Searcher agreement with the landowner. So what’s the next step? Probably not what you think. Keep your metal detector securely locked in the car; pull on your boots on and go and explore the lay of the land, map in hand.

Seasoned hunters know instinctively where to look first; anglers too have a similar uncanny knack of knowing where the best fish are hiding-up which is probably why so many former anglers have turned detectorist. For example, I can look at the rolling chalk downlands of Wiltshire, and Dorset (where I live) and identify with more or less certainty where ancient coins or other artefacts have an odds-on chance of turning up. These areas I mark on a large-scale Ordnance Survey map with a soft-graphite 2 or 3B pencil and further comparison at home with Google Maps. Other detectorists use drones to identify cropmarks; sure signs of former habitation. 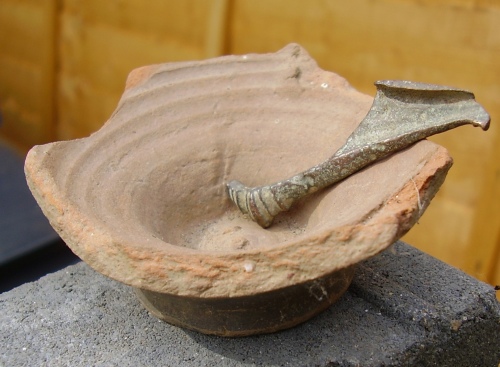 Keep an eye out for pottery pieces, especially the broken bases; these if stamped with the potter’s name are highly prized and collectable.

Areas of land under the plough repay attention especially on chalk downlands where flint tools and arrowheads will surely put in an appearance. Don’t assume that you have stumbled on a stone age site either. Stone tools being cheaper and easier to fashion than iron or bronze were being made well into the roman era as evidenced by the numbers of these implements that regularly come to light on non-scheduled Celtic and roman sites where hobbyists have unfettered access. This is not so much an ‘archaeological’ reality but a fact derived from metal detecting. Once again ensure these flint tools are reported to the landowner (they fetch good prices at market) and to the PAS subject to the landowner’s permission; many landowners have – and in some cases rightly so – an uncompromising distrust of archaeology so be aware of your responsibilities to your farmer or landowner. Look after them and they’ll look after you.

Hedgerow dating is an essential tool in the wise detectorist’s armoury and to my mind is crucial to success. The best way of doing this – though not a precise science – is as follows.

Place a maker in the ground then pace out one hundred yards along any part of a hedgerow bordering the field. Then place another marker in the ground and count the number of prominent hedgerow plants and shrub types (not grasses) between the two markers – and be thorough. For every plant-type add one hundred years. For example, five different plants equals to (roughly) five hundred years.

In the UK – and I suspect the same is true in the US – that every field and plot of land has a name. In the UK, field names date back many hundreds of years. Names such as ‘Drop shot’, ‘Shot over’ and ‘Drop short’ indicate fields where medieval archery practice took place. ‘Drop shot’ and ‘Drop short’ is where you’ll uncover iron (ferrous) arrowheads. The field names indicate that the arrows either ‘dropped short’ or ‘shot over’ the targets – so don’t hunt such fields with the DISCRIM turned up, or on! Go, All Metal!

The Enclosure maps dating to the early 1800s repay close inspection and comparison with modern large-scale maps of ‘your’ newly acquired land. Similar maps also exist in the US. Where an area features a patchwork of small fields is indicative of Anglo-Saxon origins and the coins will be likely as not, early hammered silver types. That said, and with the grubbing up of hedges to make larger fields for agricultural machinery, this patchwork feature will be less obvious, therefore so reliance on Enclosure maps is vital.

Keep It Simple Stupid. Back in the ‘70s and ‘80’s my detecting pal ‘Pete the Hat’ (who’s exploits are mentioned in earlier Mal Sals) owned an Arado 120b arguably the best inland use metal detector of its day and could still certainly outperform many of today’s machines. By modern standards it was uncomplicated; certainly deep-seeking, and featured as I recall, just a couple of knobs and a large easy-to-read meter. Neither did it come cheap.

Above all, especially if you’ve only recently discovered the pastime, please realise that expensive machinery sporting twiddly knobs, SatNavs, or even a micro-wave oven, is no guarantee for success. Neither is a high retail price.

11 responses to “Practicalities & Fieldcraft in the U.K.”