John Howland apparently put his beer down for a few minutes, and decided to share his thoughts on the new Minelab GPZ 7000.  Do keep in mind however that whenever he buys anything, he always relates the cost to how much beer he could get for the same amount of money.  Anyway here’s Johnny!!.

GOT THE GEAR BUT NO IDEA?

In the trout fishing world ‘tackle queens’ are not an endangered species, quite the contrary. You can spot these peacocks strutting the banks of most (expensive) game-fishing venues bedecked in, and carrying, the very latest Hi-Tech reels (or line holders, as they are known amongst angling’s impecunious proletariat), Hi-Tech rods made from a mix of NASA space alloys and carbon, along with all manner of ‘must have, guaranteed to catch’ flies and lures dangling from their designer fishing vests. Designer Baseball caps, and designer shades complete the ensemble.

For some unfathomable reason these ‘birds’ are rarely seen at the weigh-ins; this being the exclusive haunt of the sports ‘hobos;’ guys (and gals) with more fishing savvy than money who regularly catch fish….big fish on well-worn tackle that in some cases, cosmetically speaking, has seen better days.

Nevertheless, ‘quality’ in the hands of the skilled angler comes close to perfection; elsewhere, in lesser hands, ‘quality’ is as much use as a concrete parachute. The legendary US angler, Swiss-born Charles C Ritz once said, “It’s not the rod that catches the fish, but the hand that wields it.” The same axiom applies to treasure hunting with a metal detector, and Ritz’s words for some reason are ringing in my ears with the announcement of a new all-sing, all-dancing, offering from the Antipodes. 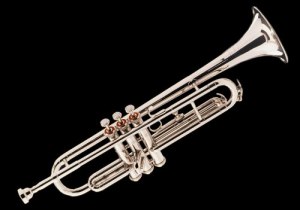 Who says so? Minelab says so, and are according to their panting blurb, are, “…excited to announce our new flagship gold detector, the GPZ 7000. Equipped with exclusive Zero Voltage Transmission (ZVT) technology, developed by Bruce Candy, and state-of-the-art features, the GPZ 7000 offers the deepest ground penetration and represents the most significant advancement in gold detecting technologies in years. This revolutionary gold detector will discover the deepest gold in mineralized ground and has the highest sensitivity available to detect even the smallest traces of gold.”

“While ideal for the professional gold miner,” a Minelab spokesperson continues,“ The GPZ 7000 is also a perfect fit for relic hunters who demand superior performance and want to recover targets deeper than ever before possible.” Or, is that likely to be pull-tabs deeper than ever before? Not at ten Grand a throw, surely? It’s all down to Zero Voltage Transmission (ZVT) technology? Huh? Y’all got me there sports! For an explanation in layman’s terms of what this “deepest ground penetration” technology is all about, I checked Minelab’s Patent data:-

Worth every penny I suspect.

When asked if they would have sex with Bill Clinton, 86% of women in D.C. said, “Not again.”

As some of you know, one of my favourite occupations is stalking second-hand book shops, and it was on such a foray I secured a copy of John Manikowski’s 2004 book, ‘FISH – Grilled & Smoked’.* For me, this tome is the ‘mutts nuts.’ It’s sheer, unadulterated, brilliance…so if you’re into grilling, smoking and cold beers, this book is for you. Orgasmic!

Back in the late ‘70’s and early 80’s when I was doing the biz on a lucrative, hi-yield, ploughed roman site, Ron Scearce, and Pete ‘The Hat’, our winter’s fare was usually a large pot of chilli con carne and crackers, courtesy of a recipe Ron had garnered on one of his many treasure hunting sorties to Arizona and west Texas. We’d reheat the cauldron on-site.

It was ideal UK winter grub, loaded with chillies which had one of two effects: either it made you sweat like you was pickin’ Alabama cotton, or propelled you to the nearest hedgerow about two hours after digestion? “You sure the yanks eat this stuff,” Pete always demanded, emerging from a convenient hedgerow; eyes invariably watering.

Since those heady days I’ve got well into après hunt smoking and grilling (or BBQ-ing as we say over here) following my introduction to waterside smoking via the Swedish tackle company ABU with one of their streamside trout smokers. These brilliant gizmos measure about the same as an army mess-tin, but with a lid and easily fit into a tackle bag.

For a finger-lickin’, lip-smacking, al fresco treat, involve nothing more than laying the fish on a griddle under which is scattered a handful of hickory dust, or other wood dust, such as oak, Mesquite, Apple, or Cherry wood, depending on your taste. But use never pine wood unless you like your food with more than a hint of lavatory cleaner. When I’m out sea-fishing, mackerel are a delight done this way; head and gut the fish, slash the flanks a couple of times diagonally on each side and rub salt into the cavity and the slashes.

Leave for about fifteen minutes. Chuck a handful of your chosen sawdust into the bottom of the pan, lay the fish on the grill over the sawdust and slide the lid shut. Light the methylated spirit burner and place below the smoker. Twenty minutes later you’ll be tucking into some great food.

However, most species of fish are suitable for smokers, and ‘oily’ fish, such as bass, plaice, mackerel, trout and salmon are perfect.

If you’re smoking at home with freshly caught fish, it’s a neat idea to ‘brine’ the fish in a ‘cure’. One that I’ve tried and can recommend, the Bourbon Cure, comes directly from John Makinkowski’s book (p199) and I’m sure he won’t mind me sharing it with you.

It will keep for between 1 to 2 months in the fridge. In use, first rub salt into the fish and let it stand for about 15/20-minutes, rinse under running water, then smother the fish with

the ‘cure’, and rub it well in to the slashes and cavity. Being on the sweet side, limit ‘curing’ to no longer than 30 minutes. Place in the smoker. Enjoy.

Did you hear about the archaeologist who accidentally swigged from a bottle of Tippex thinking it was liquid Viagra? He woke up in the morning with a huge correction.

Interviewer: “I don’t think honesty is a weakness.”

A Nugget of Wisdom…

“Success comes to those who have an entire mountain of gold that they continually mine, not those who find one nugget and try to live on it for fifty years“…John C. Maxwell