WHAT TO SAY WHEN YOU HAVE NOTHING TO SAY….

Writing a metal detecting blog without actually getting out and doing it is difficult to say the least. Then again  even if I was able to, I doubt I could get enthused enough to take a photo of a 1960’s silver dime.  Unappreciative?  No, absolutely not.  Just that there’s already a zillion such photos already floating around in cyberspace and if you have seen one you’ve seen them all.

So consequently I write a lot based upon what I see, hear and remember (uunfortunately the remember thing is getting more difficult).  There’s also a lot of internet fodder, (as in rumors, stories & bullshit) floating around that makes my writing easier.  Take the ‘Warsaw Warbler’ for instance…he abuses the definition of a troll and is always good for a laugh or two.

Then there’s the lack of any real organizational representation for our pastime here in the states, despite the promises and proclamations by the “Big Three” tekkie groups.  Apparently nothing too bad is going on that warrants staying in touch with their membership, and yes I know I harass them. If I didn’t who would?

Lastly there’s always new technology to talk about, although things have been slow of late.  I almost always hear about new and upcoming products through the grapevine but its been uncommonly quiet. I am certain however that whatever the next big, must have item is, it will be in camouflage.

I hope my situation will improve and that I will be able to get out in-the-field in the not too distant future. Just watching the Todd Hiltz videos has certainly been an incentive. You see I remember that rich loam, the quiet and solitude of being in a wooded area and most important, I remember those neat 1700/1800 era coins.  Nothing at all like that exists here in my neck of the woods and If it does I haven’t found it.

Anyway I appreciate you all and hope you will hang in there with me. Can’t promise that every post will be a winner but I will certainly try to make them fun and informative….

SPEAKING OF THE WARSAW WARBLER…

This just in from an unknown pub somewhere in the South of England.  I have a feeling it’s from John Howland (just a guess mind you)…

DO YOU THINK THEY REALLY KNOW WHO HE IS?

Here’s a perfect example of unalloyed, industrial strength narcissism by the man himself, the anti-collector, serial insulter, and anti-metal detectorist, Paul Barford. It’s one of his best yet! This is a collectors’ piece. ENJOY:-

I re-sent my query to my local FLO on the Langham Hall rally, and got this:

“Thank you for your email. I will be working across the county and therefore out of the office until Wednesday 29th October. I will have limited access to emails during this time, however please rest assured that your email has been received and will be addressed as soon as possible. If you have an urgent finds related issue or Treasure declaration please contact the Portable Antiquities Scheme Treasure Department on +44 [….]”

While I am resting assured that if I were a metal detectorist I’d now get a reply, I really wonder whether the FLO has a mobile phone for use when “the other side of” an English county, and why Treasure declarations are not being directed to the Coroner, as the Treasure Act requires.

Er…um…since when has a FLO been local to Warsaw? Someone take the lad aside and explain geography to him, huh? For some unfathomable reason HE THINKS his query is more important that anyone else’s, simply because he is a British (undistinguished) archaeologist of unknown provenance, living in Warsaw (Poland) which in his mind demands an immediate reply! Hahahahah! Oh dearie me! Hahahahah!

The words; ‘dickhead’, ‘pompous,’ ‘a,’ and ‘what,’ spring to my mind. Barford as usual is seemingly incapable of grasping the kindergarten fact that his local Fields Liaison Officer (FLO), is NOT actually…er… local to him; since by no stretch of the imagination can Warsaw be described as local to the English county of Essex. In days past, when having deserted his homeland and cuddling-up to Polish Communists in 1986, then he might well have had a higher profile to command immediate action.

What a stupid Comrade!

“The difference between stupidity and genius is that genius has its limits”….Albert Einstein

A GOOD FRIEND IS ONCE AGAIN FACING TOUGH TIMES

Back in October of last year we (American Digger magazine and I) initiated a benefit effort/drawing for Ken MacIntyre, son of archaeologist Lisa MacIntyre. Ken was diagnosed with cancer and facing a series of chemotherapy treatments, without any adequate insurance or monies to cover them. Thanks to the manufacturers, distributors, dealers, magazines and all of you, we were able to raise $7,200, paying for all of Ken’s treatments. Shortly thereafter Ken was declared cancer free! 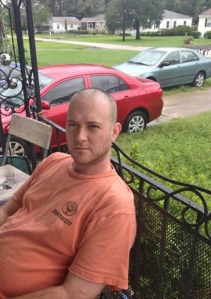 Unfortunately that’s not the case now….

Ken’s cancer has returned and it looks like he will be going through an even more complicated and more time-consuming set of procedures this time around, including the potential for extended stays in the hospital. The family’s insurance situation is somewhat better this time around but I know he could use some cheer. Please when you have a moment or two send along your best wishes, thoughts, prayers, good vibes, whatever. I know he and the family will appreciate it. 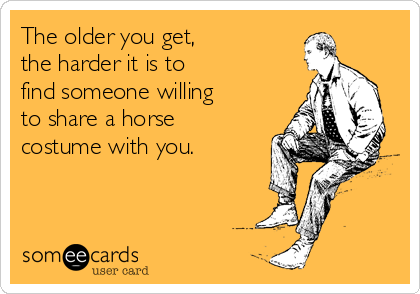