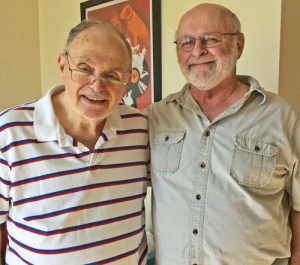 My brother Phil and I….

Well, after all my years of traveling I finally got to visit Denver, Colorado and while it was only for a long weekend it was packed with fun. A big reason for that of course was seeing family members, especially my brother Phil, whom I haven’t seen in three years. He’s currently in an assisted living situation there, getting his jollies hitting on all the young females who work there.

I was asked to persuade him to knock it off but after seeing the gals I changed my mind and joined him.  Phil still has great taste in women and knows how to keep the Stout reputation alive and well!

The trip also allowed time for me to see my old tekkie friend, Bill Chapman.  For many years Bill owned and ran “Gold-N-Detectors” in Golden, Colorado, a small community about fifteen miles west of Denver and the home of the Coors brewery (no job openings at present but I left my resume).  Also running through the heart of Golden is Clear Creek, a popular trout stream and just one more reason I need to visit this town again.  I mean Jeezus, think about it?  You can fly fish and get high at the same time just breathing in the air.  Doesn’t get any better than that! 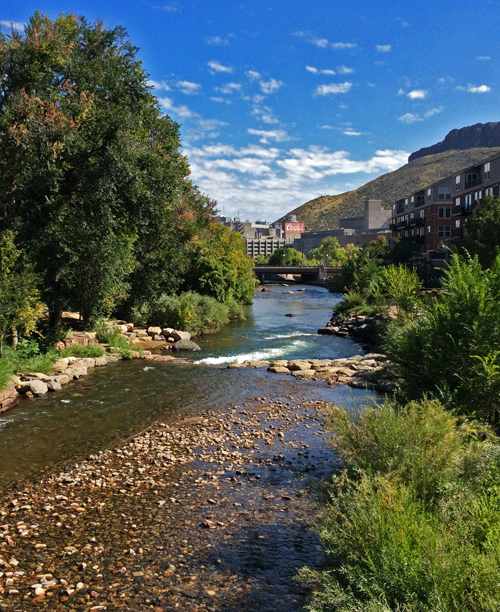 Fish not biting? Just wade on down to the brewery!

Bill is a long time member of the Eureka Treasure Hunters Club and was it’s newsletter editor (The Soundoff) from 2005 through 2006. He was one of the first ever to put a club newsletter on CD rom and later to put it on the club’s website for members to download.  Following Bill’s lead many other clubs started doing the same.

In my opinion The Soundoff it’s one of the best club newsletters out there!

One of the early contributors to the Soundoff was Chelsea, Bill’s dog, best friend, shop companion, detecting partner, club mascot and a gal I personally fell in love with.  She would write in the first-person and challenge Eureka members to find her buried treasures (bone shaped blue metal dog tags), all of which were worth prizes.  Sadly Chelsea passed on in 2006, but the contest continues today albeit under another name….Lulu’s Bling Hunt. 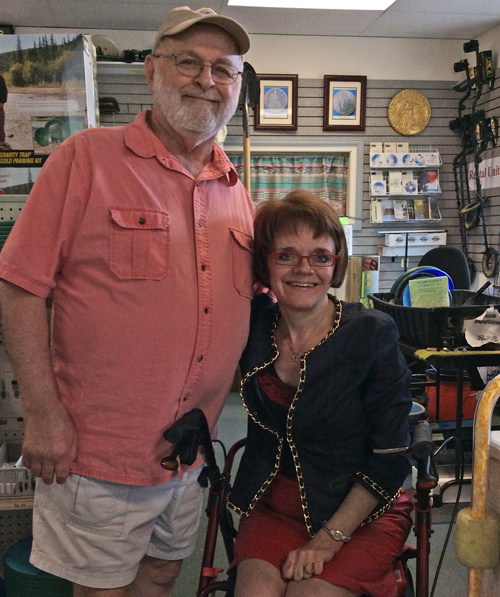 In 2011 Bill sold Gold-N-Detectors to Louise Smyth, another long time Eureka member and today the shop is still going strong. Louise was very kind to open the shop last Sunday so that I might visit.  Bill soon showed up along with Cliff McGaughey and a lot of great information flowed forth, amazingly unhampered by the fumes emanating from the brewery just downstream (that came later).

Be sure to check out the Eureka club’s website and when you do, spend some time perusing the Soundoff archives. They go back to 2001 and are loaded with lots of “useful” information.  One of my favorites is Cliff’s “Get a Clue” column. He lives and dies research and as such, is a man after my own heart. We both also have a penchant for wearing berets, and if I were not so much better looking I’d think we were brothers (sorry Cliff). 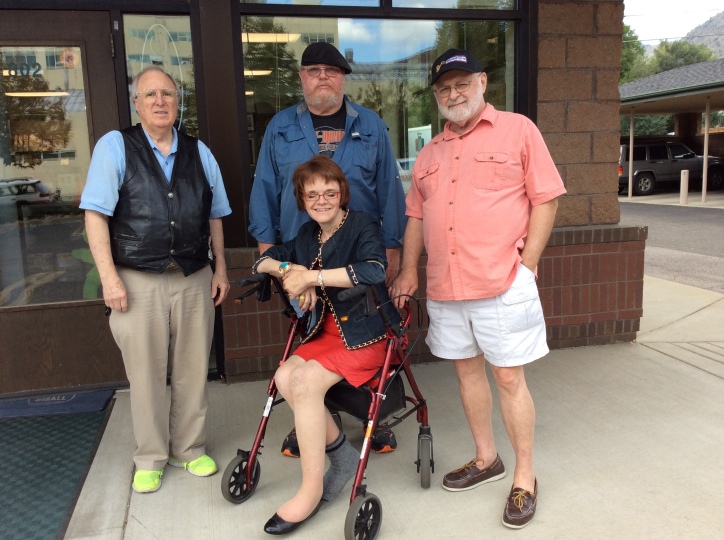 Louise with the motley crew….Bill Chapman, Cliff McGaughey and I

Should you ever visit the Denver area be sure to take a  side trip to Golden and to Gold-N-Detectors. They’re a multi-line dealer and the shop is one of the nicest I’ve ever visited.  Be sure too to tell Louise that Dick Stout sent you…. 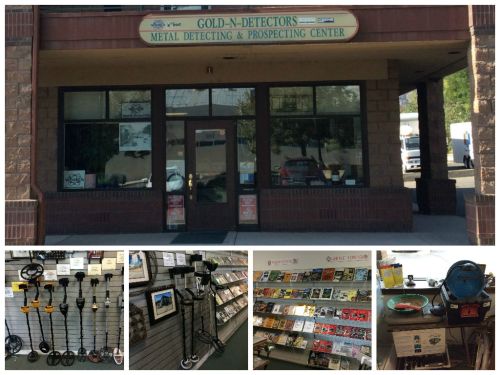 14 responses to “My Rocky Mountain High…”