Unfortunately the only exciting things going on with this over-the-hill tekkie are trips to the doctor and dentist. The doc is still trying to figure out what’s wrong with me (aside from being a pain in the ass) and the dentist doesn’t really care. He’s just happy taking my money. Then again if I was feeling fine I’d still be in the house because it’s too damn hot to be outside. So der ya go! 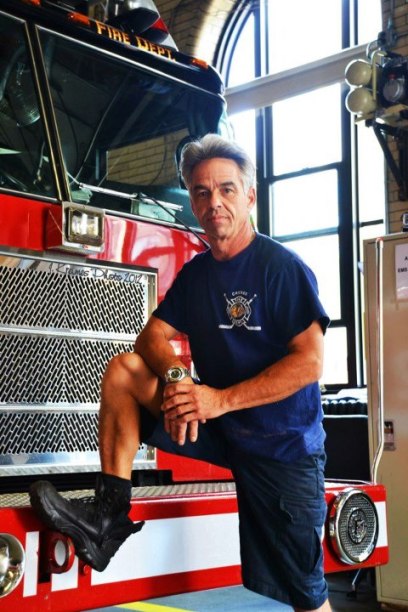 Ron Guinazzo, as in Chicago Ron, was featured on a recent WGN-TV show in Chicago and the segment was nicely done.  Ron is without a doubt the face of the treasure hunting pastime here in the US and deserves a lot of credit for promoting it.  He’s pretty much done it all and I am jealous.  Not so much of him and his accomplishments mind you, but of his fiancé Gretchen.  She is much too good looking to be getting married to someone named “Chicago Ron”. Apparently she never saw “The Godfather”…

Be sure to watch this and if you get a little bored hang in there…Gretchen comes in to the picture before too long.

What Are People With Metal Detectors Really Looking For

I thought this was pretty damn cool, especially because it happened in New Jersey. No detector needed on this one…

Even though I have detected here numerous times I still found the following article fascinating. Maybe I need to go back and give it another go?

What Lies Beneath Stonehenge

ANOTHER TAKE ON SAVING HISTORY

“I think what would be interesting would be a real progression of history shown by an archeologist that claims to be interested in the history of an item. A presentation of how a person found an item and sold it and made a house payment or fed their family or passed it down to a family member.

“What exists in museums has been “ritually killed”. It exists apart from human touch behind glass, no longer able to intimately interact with the lives of people. The conservation of objects is also the destruction of time as a natural process.”

Think about that my friends…..  Thanks John and thanks Gary.

AND THEY BITCH ABOUT US?

The following news release is about a planned development here in my neck of the woods and it caught my attention because nowhere could I find any mention of archaeological surveys or concern. Now I understand that this sort of thing goes on all the time here in the good ole US of A, but why does a builder get the go ahead to plow, dig up and build on 196 acres of farmland (see page 3) yet we are banned from detecting 2 or 3 acres of park land and chastised if we detected the aforementioned farmland for relics. Just don’t get it anymore….sorry.

And a bird’s eye view…

CAPTAIN KIDD AND THE GARDEN STATE

Thanks to Jessie Thompson for making me aware of the following article.

13 responses to “Recent News And Brainfarts…”