I think my opinions about archaeologists are pretty well known here on Stout Standards, but I recently received a couple of emails questioning my stance.  So, here goes…..

It isn’t because I had a bad experience with an archaeologist or because I was bad mouthed by one (used to that) or because I was banned from detecting a particular area.  It’s all those things and more. You see I have learned over the years that no matter what you or I do for them, they do absolutely nothing for us.

Understand, they patronize us every now and then (maybe condone is more appropriate), and “allow” us to be in their company, helping them with a project or two (without pay of course). That, however, is about it.  They use us to their advantage, only allowing us to holler “signal here“, but when push comes to shove they really don’t care about any of us. Maybe someone reading this can respond and share with me an instance of where an archaeologist came to their defense in some manner or fashion.  In my close to 40 years of detecting I have never heard of that happening.

I don’t really care to share each and every one of my past dealings with archaeologists here and now.  It would take up way too much time and space, bring back bad memories, irritate the hell out of me, probably turn a friend or two against me, and frankly giving any serious thought to this group of elitists is a waste of brain power.  Suffice to say I have had a myriad of experiences dealing with them.  All bad!

Many detectorists, for some goofy reason, dream and drool of working with an archaeologist. I guess it’s the ole “look Ma, I am one of them”.  I say that because I remember falling into that trap too.  It didn’t take me long to figure out I was just being used.  Come on, deep down, you and I know we will never be part of their fraternity, nor will they ever invite us.  To them, we are low lifes who, in their mind, aren’t able to do much more than swing a search coil…

While I know that Paul Barford nor Nigel Swift (a.k.a. Wally and Harry) do not speak for the entire archaeological community, they are indicative of what I know and have learned over the years.  I am 72 now and will not be changing my mind about how I feel when it comes to this group of elitists….too many years, too many bad experiences, and never an indication that anything will change.

I wish you all the best of luck in your efforts to become pseudo archaeologists. I learned a long time ago that pissing in the wind is not a good way to spend my time….

So as to clear up a comment on another blog, I have not been associated with the FMDAC now for over 25 years……

Now that we have “real” archaeologists out the way, I wanted to share this paragraph from Roger Pearce’s recent  post in Thoughts on Antiquity, Patristics, Putting Things Online, Freedom of Speech, Information Access, and More ……

“The article mentioned a certain Paul Barford, whom I come across occasionally and whose position I find so extreme as to be very difficult to understand.  His current article is an example. In it he attacks metal-detectorists in Britain for being pleased if they find something valuable (!), with a cartoon depicting greed, and the title jeering at them as being most likely lower-class (!). But Mr Barford might care to reflect that his efforts are unlikely to eradicate greed from the human race.  They might however, if successful, eradicate cooperation between metal-detectorist and archaeologist. If such a ”success” is achieved, the archaeologist called out at night might find it expedient to hire bodyguards, as elsewhere in Europe; and we may as well abandon any thought of learning anything about any find by metal detector ever. A better example of thoughtlessness and the law of unintended consequences I have yet to see”.

Just one more take on the “self ordained” arkie in Warsaw…..

MORE FROM THE SAGE ACROSS THE POND…. 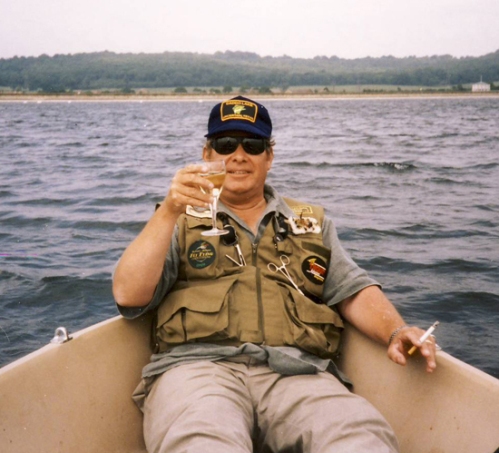 John Howland just emailed in his take on detectors for beach hunting, archaeological ethics (now there’s an oxymoron if there ever was one) and the new Garrett ATX. Please do take the time to read his latest by clicking  on the Malamute Saloon link above and scrolling down to today’s date.

Thanks again to Eddy Current’s “Metal Detecting News” Facebook site for the following. Not sure how I would keep abreast of all things treasure hunting if not for him….