Update from across the pond…

Just received another update from Sir Howland of the Malamaute Saloon, via the Mayfly Pub. You will find  the usual taunts, the usual funnies, and the usual tip (AT Pro battery life this time). If you want to read John Howlands latest simply click on the Malamute Saloon link above, and scroll down to today’s date…. 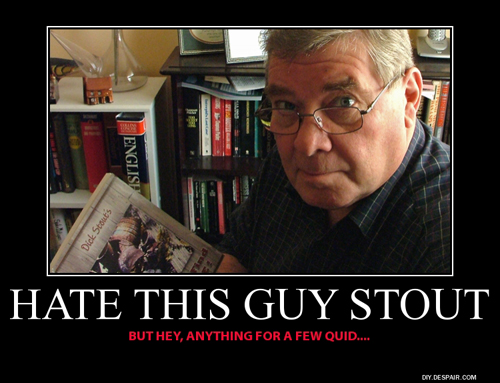 And yes I mention the Mayfly Pub a lot here. There’s a reason for that, and it’s none of your business…..

THE COST OF OUR TOYS

My last post about the “new norm” brought forth a couple of emails, telling me that what people spent on their detectors, accessories, etc., was no different  than what others spent on their hobbies. Examples given, fishermen, their boats, motors, gear, and golfers, who spent hundreds on clubs, bags, balls, etc., all in  the hopes that it would improve the end result. I accept these arguments, and it wasn’t my intention to criticize anyone for spending huge amounts of money  on their gear. Only that I could not justify it personally.

I was once an avid trout fishermen, and spent many hours fishing rivers in New Jersey, Pennsylvania as well as Vermont and Maine. I will say however that the money I  spent on my gear at that time never came close to what I have spent detecting. I had a fly rod and reel, as well as a spinning rod and reel, and that was pretty  much my investment, save for waders, a vest and net.

I was also a golfer of sorts years ago, but could never, ever justify spending anything on a new set of clubs. I used a set that was made up of all different  brands, from cheap to decent (all purchased at Goodwill stores or yard sales). Major problem for me was that I was a terrible golfer. I left each round hoarse from hollering “fore”….. I had the greatest  slice you could imagine, and even thought I could use it to my advantage, but somehow aiming left just increased the slice. I finally decided it was best not to  play anymore before I killed someone.

So…understand I don’t mind how much you spend. I am happy you have the money to invest. In fact if you can spare a few dollars let me know. I will send you my  mailing address…..quickly!

ARTICLES FROM ACROSS THE POND

Thanks to Nigel Ingram for the following…..

4 responses to “Update from across the pond…”