Well, apparently, from all I’ve heard the East Coast Research and Discovery Association’s (sponsored by Minelab) event was a huge success. While I was unable  to attend I heard from friends back East that it was a blast, and I am happy to hear that, given that others over the years had said the city was not a possibility anymore?  Atlantic City was the location for the FMDAC events in the 80’s, and in my opinion, should have continued there year after year.

Atlantic City beaches are big enough, the allure great, and whether or not you won a metal detector (one year, a new car) you always had fun (and what better place to get rid of those dirty clad quarters). The city was also a natural for attracting treasure hunters from all over the US (try asking your wife if she  wants to go to Atlantic City?).

One hope that I have is that this event will become an annual one, and that Minelab will make an effort to include all the metal detector manufacturers next time.  Calling it “Metal Detecting Day” is fine, and tying it to the introduction of a new product is great marketing, but why not include everyone? Given the small number  of manufacturers and participants this would be a great way to bring the entire pastime together for the good of all…… Just MY opinion.

I received glowing reviews of the AC event from my old friends John Punola, Bruce Hazelman and Mike Race….  I offer the following photos to show you what happens to the TH’ers of old….

Jeezus, What a motley crew….. 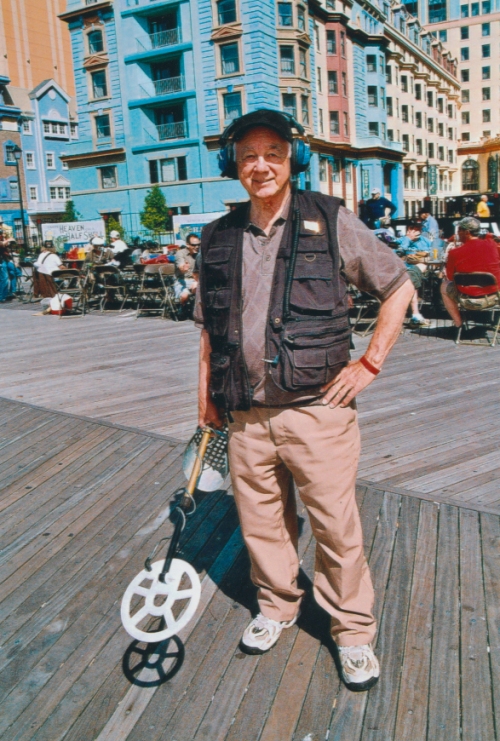 ANOTHER STORY THAT WILL PROBABLY GO UNOTICED…..

Thank you to Eddy Current for the following…..